A Child who has trouble with his peer group founded in any school, it’s starting from elementary school until senior high school.  But, mostly the problem with peer group more complicated happen in senior high school.  For example, in BOPKRI 2 Yogyakarta Senior High School, the author found that many students whom also being a bullying victim, they could not accept her condition.  They have to obey the rule in their peer group even though they did not like it.  So in other words, these students have the low self-acceptance.   In this study, an author will use cognitive behavior therapy to increase student’s self-acceptance.  This study also aims to obtain some empirical data about how effective cognitive behavior therapy towards self-acceptance on the student in BOPKRI 2 Yogyakarta Senior High School. This study used Quasi Experiment method with One Group Pretest – Posttest Design.  The subject of this study is two student who also is a bullying victim in BOPKRI 2 Yogyakarta Senior High School.  The result of this study showed that after an intervention, the level of student’s self-acceptance was increased from low to medium, with the average changes in 35,1%, based on the result it can be concluded that cognitive behavior therapy was effective to increase the student’s self-acceptance in BOPKRI 2 Yogyakarta.

How to cite item 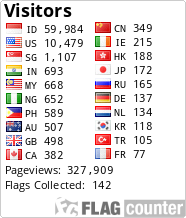